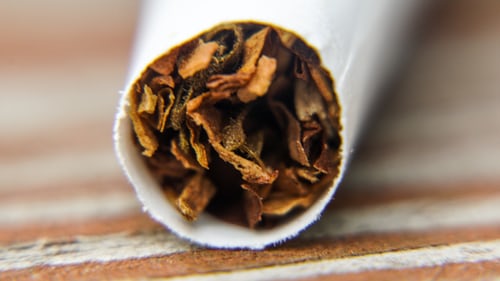 Smoking tobacco is shunned nowadays due to countless deaths and health issues that arise. Most of the lung cancer cases worldwide are linked to smoking tobacco. For this reason, many users are currently switching to smokeless tobacco but even they are currently walking around a thin rope in the mainstream.

They are exactly like the best friend of the child in school that gets bullied: they tread carefully and don’t talk too much because they know that they might be next. This is all because of the notorious cigarette and smoking tobacco products. Alf of this makes users of smokeless tobacco to hide away from the spotlight and keep their mouth tightly closed not just to keep the flavour in.

However, with this hate towards cigarettes, most users are switching to smokeless tobacco. This is mainly due to health complications and also partially due to the fact that almost everyone hates the smell of cigarette smoke.

If you plan on switching to a smokeless option, below are some of the most common options nowadays.

This type of smokeless option is not new to the market and has been around since the time of outlaws and gunslingers. Chewing tobacco is a cured, semi-dried tobacco and is most of the time flavoured. Millions of people enjoy this around the world. The tobacco is pressed and then cut into ribbons. It is often packaged in colourful boxes. Compared to cigarettes they are very affordable and retains its flavour for a long time.

Users who’ve never tied snus often think that it is quite similar to chewing tobacco, but this is far from the truth. The only thing they have in common is the fact that both have nicotine and tobacco. Snus is moist form of tobacco that is pulverized and is usually placed under the user’s lip. There is no chewing involved and you also don’t have to spit out the juice if you use the original snus. In the UK nicotine pouches are quite popular.

This type of tobacco is more closely related to snus than chewing tobacco. The main difference is that dipping tobacco produces juice that you have to spit out. However, when it comes to consistency, flavour and usage, snus and dipping tobacco are quite similar. Dipping tobacco is also available in various types of flavours and cuts. It’s even more affordable than snus. You can probably get two or three cans of dip for the price of a single ciggie pack.

Other Type of Delivery Devices

Truth be told, smokeless options will soon be criticized by the public soon enough but however this will happen with any type of product out there. There isn’t a single product that is vilified nowadays. Even cheeseburgers are vilified and that’s sad.