Ingredients That Will Make Your Barbecue Taste Amazing

Ingredients That Will Make Your Barbecue Taste Amazing 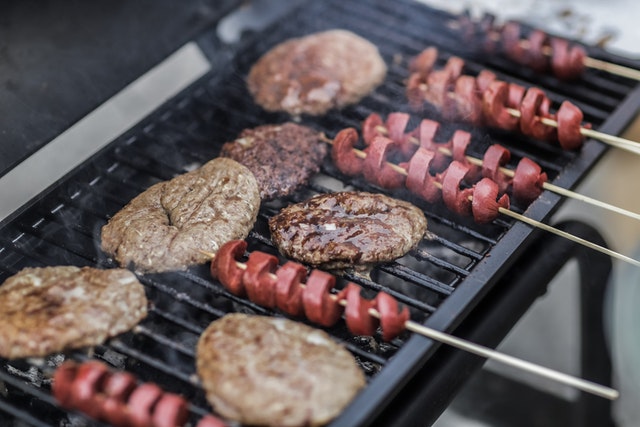 Are you planning to prepare some barbecue for a birthday party or simply plan for a backyard barbecue afternoon with your family and friends? These are some of the most basic ingredients and stuff that you need to make that barbecue amazingly delicious. Bear in mind that parties and events are extremely tiresome activities to prepare, so you have to prepare for its days prior so that you won’t be too stressed when it comes to the preparation.

One of the most important things to remember when preparing to cook some barbecue is that you have to have the right meat so that the result will be the best. In looking for the meat to cook for barbecue, you have to choose the tender loins which already are soft and is already flavourful by itself. You also have to choose the meat which has some significant marbling along with it as the fat between the meats will give a move savory and meaty taste and rich texture to your barbecue.

Get those spices ready! Now to make the barbecue even tastier is that you have to marinate the meat at least 2 days prior to cooking so that the juice will really seep deep into the meat making it juicy and even more flavourful with every bite. And when you marinate the meat put the spices in the marinating mixture so that it will enrich the flavour that is already in the mixture. Make sure to save some of the spices so that you can skewer them together with the meat and cook them simultaneously.

Now there is aninaccuracyin the information that since you will be doing a barbecue dish you won’t need any more special firewood for it, well it’s wrong because you still some BBQ wood smoking chunks, because it still adds to the flavour and aroma of the whole dish if you have it. Now it will not be like a grilled steak because such is grilled in closed griller, but in terms of barbecues you still need those smoking chunks because it still matters especially if you are cooking some premium meat, you just can’t let that be cooked with just plain charcoals or ordinary firewood.

Never settle for the idea that barbecues and roasted meat are great a sit already is because it has been marinated, no! You have to remember that when meat is being cooked the heat takes away much of the juice from the meat. And so, you have to prepare some condiments along with your dish as to not make it that dull or even bland and at the same time you also have a contingency plan as when people don’t really like the barbecue you have prepared, then then can dip it in various condiments and it will surely save the day.

You have to cover everything when it comes to having people over for a barbecue party hence you have to have an extra of everything in case something comes up, you have to offer variations of your barbecue so that you can be rest assured that your visitors will be enjoying their stay especially with the food that you have prepared for them.